Are Startups Missing Out By Not Bidding On Federal Contracts?


If you run a startup, the thought might never have crossed your mind to seek out contract work with the government. After all, it isn’t the conventional way forward, and you might well figure that federal contracts will invariably go to companies with well-established government links.

But are you missing out by not making an effort to seek out federal contract work? Let’s go through some reasons why you might want to give it more consideration.

You can’t get what you don’t apply for

The notion that government contracts will always go to giant corporations is something of a self-fulfilling prophecy, as it spurs small enterprises to hold back from applying for them. Despite this impression, it’s generally quite viable, especially since the Federal Government sets a goal every fiscal year for contracting a percentage of its work to small businesses.

In 2020, the Federal Government awarded 26.01 percent or  $145.7 billion in contract work to small businesses, exceeding the yearly goal of 23%  and at a $13 billion increase from the previous fiscal year.
Given this ongoing commitment to diversifying the awarding of government work, now is as good a time as any to pitch for available contracts. If you succeed in getting one, you may be able to parlay it into an ongoing working relationship.

The field is becoming more open

The main difficulties with landing federal contracts are not technical but procedural and organizational, and the problem with high-level bureaucracy is that it’s incredibly difficult to dislodge. The flexibility in approach, then, must stem from the applicants.

While this is undoubtedly a frustrating notion to small businesses everywhere, consider that it also wards off a lot of possible competition, and that the benefits of securing federal work are extensive.

Another thing worth noting for programs set aside for small business is that medium and large businesses are both precluded from assuming prime roles and limited in their participation as subcontractors. The government’s mandate for a small business set-aside contract caps participation by firms other than the small business prime awardee at 49% of the project effort (factoring in work scope, cost, and time). While this does mean that a small business must demonstrate (during the proposal and site survey phases) the ability to carry out 51% of the work internally to win a contract, it does ensure that a majority of the work genuinely goes to small business workers.

The advantages of government work

Even disregarding the intimidating process involved in securing government work, a lot of startups may well think that it isn’t the right fit for them, particularly given the common perception that federal contracts are dull, expensive, or overly complicated. Brand image is very important in the social media age (and more important than people think for contract bidding), and pitching to popular brands might feel like a better option.

The big advantage to working on government contracts is that it lends your company a great deal of credibility and cache. People understand that it’s a difficult marketplace to operate in, and will view your ability to do so as an indication of your professionalism.

Here are some more advantages:

●     Scheduling Consistency
○     A lot of contract work extends to substantial periods of time, meaning you plan your financial year around it and allocate your resources efficiently.
●     Industry Networking
○     You’ll have the chance to meet people in very important positions in your industry, providing you with the opportunity to network and establish useful contacts.
●     Financial Certainty
○     Government payments will always be issued on time and in accordance with the agreed terms. You will never face the prospect of chasing them for payment.

Meeting the requirements for contractors

There are specific requirements that prospective contract work suppliers must meet in order to be granted consideration, and meeting those requirements is the most challenging part of the process (with the possible exception of formulating the pitch).

You’ll also want to make sure your company has adequate insurance. Basic commercial insurance likely won’t cut it— you should pursue a suitable custom policy that covers everything needed, such as Defense Base Act insurance if you use overseas employees. The government is very risk-averse in awarding contracts and you won’t stand a chance if your proposition seems a little rocky.

To navigate those murky waters, it’s generally best to consult a specialist. This website offers a great deal of information for free, but there are also paid consultants you can hire to help get your business ready to be viable for contract bidding. Here are a couple of you can consider:

Working with a prime contractor

If your startup isn’t ready to battle with much larger companies for huge contracts, subcontracting work could be a great first step to take. Most of the advantages we covered earlier still apply, as well, so it gives you the chance to make some influential contacts.

It isn’t easy to acquire a government contract, especially if your business is just getting started, but it isn’t impossible, and the benefits can be substantial.

If it’s an option you’d like to pursue in the future, make an effort to begin preparing your organizational structure to meet federal requirements, and seek out subcontracting work to help you establish the connections that could help you in the right direction. 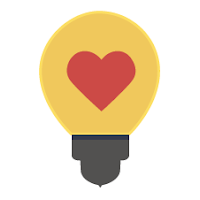 Kayleigh Alexandra is a content writer for Micro Startups — a site dedicated to giving through growth hacking. Visit the blog for your latest dose of startup, entrepreneur, and charity insights from top experts around the globe. Follow us on Twitter @getmicrostarted.

Labels: do business with government, growing small business, Starting up in Government Contracting