THE TRUTH IN NEGOTIATIONS ACT (TINA) 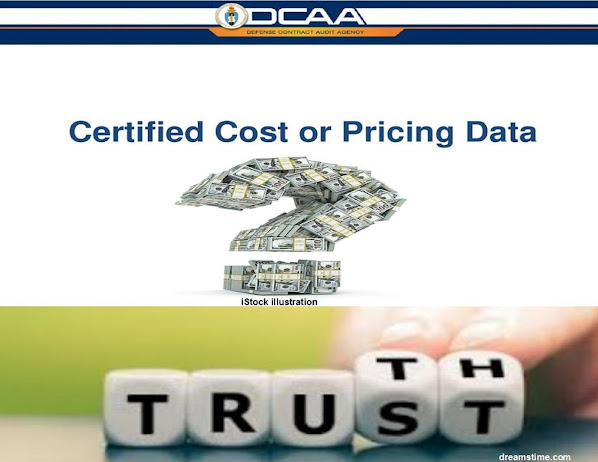 We have previously discussed at this site the development of credible cost and pricing data. That data is the product of not only estimating and pricing but also job cost accounting for managing contracts, business system design to meet Cost Accounting Standards (CAS) and the integrated aspects of the company business system demonstrating regulatory compliance:

The purpose of this article is to cite the specifics of the “Truth in Negotiations Act” and recommend  management techniques to comply  with this law and avoid defective pricing claims by the US Government.

THE TRUTH IN NEGOTIATIONS ACT (TINA)

Public Law 87-653 (codified by 10 USC 2306a) was originally enacted in 1962 to place the Government on equal footing with the contractor during contract negotiations.  The following are the principal features of the law:

1)    The information in question fits the definition of cost or pricing data.

(2)    Accurate, complete, and current data existed and were reasonably available to the contractor before the agreement on price.

(4)    The Government relied on the defective data in negotiating with the contractor.

(5)    The Government’s reliance on the defective data caused an increase in the contract price.

MANAGING THE RISK OF A DEFECTIVE PRICING CLAIM

A government auditor relates to TINA and defective pricing whether or not it is required contractually and uses the TINA provisions as a frame of reference in how he or she views trend analysis of your company. Even if you do not have the TINA requirement in your bid or your contract, be aware the auditor is forming his or her opinion of your compliance with the law against the TINA framework.

Post award audits can be ordered at any time by a PCO. During such audits your proposal is juxtaposed to your incurred cost and historical data on a given contract. During such juxtapositions, defective pricing stands out glaringly.  If you become aware of an anomaly, cover your tracks by immediately assessing the impact and deciding whether or not a disclosure should be made.

Integrate your system from pricing to billing to close out utilizing a consistent cost structure template and be aware you are putting audit history in place and that historical trends are what auditors follow.
Keep all subsequent disclosures under proposals to the government well documented, serialized and current at the prime and subcontract level, reflecting them in a detail record of negotiation.

If you have commenced work prior to final negotiations under a letter contract or similar interim arrangement, conduct a sweep of actual costs and commitments and reflect them in an updated proposal to the government prior to negotiation of a final price.  Reassess quotes, escalation factors, indirect costs and related factors in the same manner if a proposal expires and you are asked to extend your pricing.

If substantive conditions in an open proposal estimate change, document them thoroughly and disclose them to the government based on an astute analysis of your risk if they can be misconstrued as defective pricing by an auditor.  Carefully convey the impact on the prospective contract and its pricing to the contracting officer if you decide to disclose.

Consistency with CAS and your CAS disclosure statement as well as your latest negotiated forward pricing rates is mandatory. Any departure from these baselines will attract audit attention.
In many defective pricing instances what you knew and when you knew it becomes a factor.  Continually assess changing conditions that may dramatically impact your cost performance and manage them by taking corrective actions, developing workarounds and carefully communicating requirements to your subcontractors and suppliers.

Remember under TINA you are required to perform cost/price analysis of your subcontractors if their work scope exceeds the $700k threshold. You must submit the results with your proposal to the government.  If a disclosure becomes necessary, make it sooner rather than later when the data may be under the cloud of a negative audit finding.

Defective pricing actions by the government can have a severe impact on your past performance rating.  They must be cited by you with any new business proposal in which you are asked if your company has been accused or convicted of a violation of the law or has open or pending government adjudications regarding legal violations.

For examples of TINA violations please see the “Federal Contractor Misconduct Data Base”, maintained by the Project on Government Oversight:

Sculpt and educate your auditor, contracting officers and government analysts on the specifics of your company business system and preserve its integrity over the long run to maximize your win potential and lower the risk of defective pricing claims by the government.

A good rule of thumb is to consider every proposal as if it were under TINA compliance whether or not you must submit a “Certificate of Current Cost and Pricing” under TINA.  This will keep your business system sharp, your ethics and standards high and your past performance record clean.