How Crazy Subcontractors Can Kill Your Bid 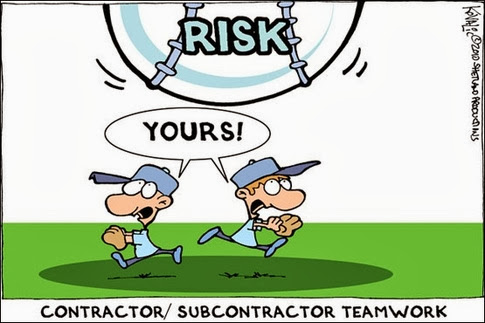 The following article by Bob Lohfeld in “Washington Technology” a few years ago is still an excellent primer on the challenges associated with subcontractor management when teaming with other firms in small business federal government contracting. I work with clients regularly who are encountering these risks.  Ken Larson

Here are some of the situations we have seen this year from companies  who have called us for help, generally after it is too late to fix the  problem. Since many of these teaming nightmares could have been  prevented with some good counseling earlier in the bidding process, I  thought I would share some of these with you and also offer advice that  you can use to keep these problems from happening to you.

A recent government solicitation stated that prime contractors were  encouraged to team with multiple smaller businesses in order to fulfill  the socioeconomic goals of the procurement. The request for proposals  further stated that subcontractors shall be limited to teaming with only  one prime contractor and cannot be a subcontractor on multiple teams.  I’m sure you have seen this kind of restricted teaming language before.

The prime contractor who called said they selected their small  business subcontractors and executed teaming agreements with each, wrote  a fine proposal which was submitted on time, and then got a letter back  from the government saying their proposal had been rejected.

We told the prime that in the future, when an RFP contains specific  language restricting subcontractor teaming, we recommend that this  language be included in an addendum to the teaming agreement and the  addendum be signed by an executive of the subcontractor certifying that  they have teamed in accordance with the teaming restrictions.

Regrettably, in this case, it was too late to correct the problem.

A solicitation required the prime and its subcontractors to  individually certify that they had no organizational conflict of  interest (OCI). Less than one week prior to submission, the  subcontractor’s contracting officer (CO) on a related contract indicated  he thought the subcontractor had an OCI on the job the company was  bidding.

Clearly this subcontractor wanted to run from its OCI problem and  signing a statement that a conflict doesn’t exist does not make the  conflict go away. We advised that the prime to get an OCI determination  directly from the government before submitting its proposal and if this  could not be resolved prior to submission, the prime should either  submit an OCI mitigation plan with its proposal or submit an alternate  proposal without the subcontractor rather than risk its entire proposal  being rejected because of an unresolved OCI problem.
Getting the subcontractor to certify that an OCI problem does not  exists is not sufficient since it is the government who is the final  arbitrator of whether or not there is an OCI issue.  Relying on the  subcontractor’s certification statement cost the prime contractor its  bid.

A prime contractor identified several small businesses that had  direct contract experience with the customer and invited these companies  to join their team. The sales reps from the small businesses boasted  how well they knew the customer, how strong their relationships were,  and how insightful they were about the work being competed. It was a  perfect match, and the prime signed up the subcontractors.

I suppose no sales rep has ever told a prime contractor that his/her  firms performance was marginal and they had a lousy relationship with  the customer. After all, sales reps wouldn’t last very long in that  position if they didn’t put a positive spin on a marginal situation.

The government changed the size standard on the recompete of a  contract, forcing the incumbent to look for a company with the right  size standard and socio-economic certification to prime their contract.  After careful deliberation, they identified a partner who had a  long-term history with the client and an outstanding reputation. The  teaming agreement was signed and the proposal was begun.

Next, the incumbent proceeded to make the new prime’s life miserable.  They developed an extreme case of incumbentitis, could not understand  the necessity of improving their processes on the new contract, thought  every benefit rested on the argument that they were the incumbent, and  were extremely cautious sharing information with the prime contractor  even to the detriment of the bid.

The incumbent insisted that the proposal only had to conform with  section C (statement of work) of the RFP, not section L (proposal  instructions) and M (proposal evaluation criteria). According to  subcontractor, they never paid attention to L and M, only the SOW. They  were quite adamant and disrupted all review meetings.

To resolve these issues, we arbitrated a meeting between the top  executives of both firms resulting in the subcontractor changing out the  people supporting the proposal. With new, more reasonable players  involved, progress is being made towards a winning proposal but much  valuable time has been lost in the exercise of forming a highly  functioning team. We’ll have to wait to see how this one turns out.

A positive outlook on teaming

Not all teaming arrangements turn out badly. If you want to read more  about teaming and the characteristics that make teaming successful,  refer to Washington Technology’s articles by Nick Wakeman about the WT Insider Reports.

However, if you can’t resist telling your story about how a  subcontractor sunk your bid, please add it to the comments section  below. Truth is stranger than fiction so let’s hear what you have to  say."

About the Author:  Bob Lohfeld is the chief executive officer of the Lohfeld Consulting Group. E-mail is robert.lohfeld@lohfeldconsulting.com. 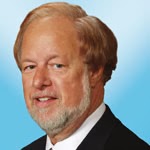