Know Your Options For Government Contracts Disputes and Appeals 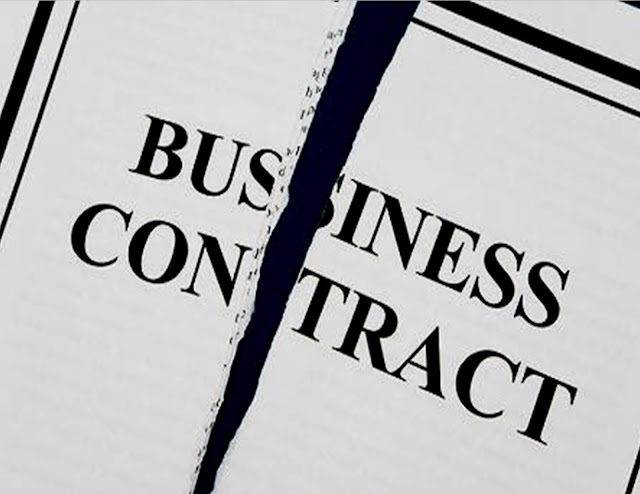 The Federal Acquisition Regulation (FAR) contains provisions for contractors and the government to resolve contract disputes.  The disputes often arise due to events during performance, many times surfacing weaknesses in the original contract work definition, technical parameters, schedule factors or related terms and conditions that can lead to change implications effecting cost, schedule and delivery.

In short, when the understanding the parties thought they had at negotiation and execution of the contract is in dispute, there must be a resolution.

These conditions open the baseline of the contract to further clarification and negotiation. The FAR recognizes that a fair and equitable process is necessary to settle disputes and re-establish a mutually agreeable contract baseline.

Contract baseline management has been discussed previously in the following article:

The above article offers six (6) rules of thumb:

1. KNOW - The contract value and its ceiling amount
2. KNOW - The incurred cost to date and commitments
3. KNOW - The scope of work and whether or not your current efforts are supporting it or some other objectives
4. KNOW - The estimated cost at completion based on where you are at today
5. KNOW - Your customer and who among the customer population is prone to direct out of scope effort.
6. KNOW - WHEN TO SAY "NO" to "Scope Creep" and say it officially in writing to the contracting officer specified in your contract.

The remainder of this article will discuss the three most common processes that contract disputes undergo when the baseline is in dispute and selecting the best method considering the circumstances that exist on the contract.

An REA is most often the first and the least formal step undertaken by a contractor when there has been a clear and recognizable departure from the contract baseline in terms of events that warrant cost, schedule, technical performance or terms and conditions parameter modification.  It does not start the formal claims process under FAR with associated interest implications.

Submitted in the form of a proposal for contract change, the REA cites the "Before and After" conditions of the contract baseline and the details regarding the delta.  Implicit in the submission are actual cost records, documents regarding government actions and guidance, an estimate of the new baseline impact in terms of cost, schedule or technical modifications to the agreement and a request for contract change.

The government agency may approve or deny the proposal, further negotiate the details with the contractor and may or may not modify the contact.  The following article is an excellent guide to use and preparation of REA’s:

Difference Between REA's and Claims

ADR takes advance planning on the part of the government agency and the contractor.  Not every government contracting office chooses to place an ADR clause in contacts they execute.  Not every contractor is willing to accept one at contract award.

ADR is intended to be an alternative to the REA and formal claims process, whereby the government and the contractor agree in advance to place an ADR clause in the contract and subject any dispute that arises to the ADR process for resolution.

Below is a quote from the FAR on the use of ADR:

A formal contract claim is a significant step in the relationship with your customer.  It acknowledges that the REA and ADR (if applicable to the contract) processes have not been effective in resolving the dispute and refers the matter to a formal claim which has the potential for adjudication.  It also starts the interest clock in terms of government payment liability in the event the agency loses the claim during adjudication.

Below are the major clauses regarding formal contact claims and the certifications by the contractor that apply.  They have significant legal implications.

When contract disputes or the potential for claims and appeals arise it is best to view each instance uniquely in deciding which of the three avenues discussed in this article may be appropriate.

Contract disputes are serious matters. In the event the impact to the company from a risk perspective is substantial, it is best to involve a law firm that specializes in government contract claims for advice on how to proceed.