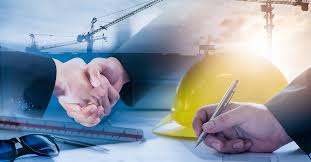 While developing a government marketing plan, teaming with other companies is a productive venue for the small business. This article will convey general guidance pertinent to teaming and explore the types of teaming used successfully by small business federal government contractors.

Synergism is paramount in teaming with any size company, whether in a lead or subcontracting role. There should be technical, management and market segment similarities between you and any company with whom you are considering teaming. Your prospective team member ideally will not be a direct competitor; rather a business in a related field with whom you share a mutual need for each other's contributions in pursuing large-scale projects.

Relationships must be developed with primes and other small businesses that can help you, team with you and keep you in mind as they search for success. That takes time, patience and open-minded, out of the box thinking. It also takes more than a Non-Disclosure Agreement (NDA), a teaming agreement (TA) and a proposal to succeed. It takes dynamic marketing and communication with strong partners and hard, innovative work. Nice buzz words you say - but it is the truth and you have to find what that truth means to you.

Successful teaming for a specific program occurs early. Very few astute teams in government contracting are formed after a solicitation is formally published. Checking the "Interested Parties" block of a solicitation there and attempting to form or join a team is generally too late to effectively achieve a cohesive relationship, agreement and a win strategy by the time the proposal is due.

A size factor need not be a deterrent if you use contingent hire agreements, aspire to take over incumbent work forces in existing government operations or keep yourself open as a partner to a multiple number of primes and synergistic small businesses who are not direct competitors but with whom teaming will permit chasing larger procurements than any one small business could pursue. You can also grow into security clearances, as individuals and as a company with government agency sponsorship through already cleared companies.

In making contacts with larger firms you may have to go through the "Gate Keepers", such as the small business liaison officer, the registration boxes at web sites, a purchasing agent or a contracts person to get to the program people with the real decision making authority. Give the gate keepers their due, since you may end up working with them later.

Nothing makes a prospective small business or a large business teaming partner perk up like a real hot lead on a program. If you can offer a "Carrot on a Stick" such as an opportunity that they cannot access other than through you, it will get their attention. A non-disclosure agreement (NDA) should be signed before the discrete information on the job is disclosed. Please see the following article on NDA's and Teaming Agreements as documents and protecting your associated intellectual property:


SUBCONTRACTING TO ANOTHER COMPANY

In teaming as a subcontractor with other companies your goal is to sign a teaming agreement with a prime contractor for a prospective program. You prepare your proposal and submit it to the prime contractor who incorporates it into his submission to the government. Your submission contains flow down terms and conditions from the prime's proposal as well as a technical description of the effort you intend to perform. Your cost proposal to the prime contains fully loaded rates for the labor categories and material as well as the travel you will perform on the subcontract. The government awards the prime contract to your team member. You then undertake negotiations with the prime to convert your teaming agreement to a subcontract.

The subcontract will replace the teaming agreement between you and your prime and contract performance can then commence.

Be especially careful in negotiating the attachment to a teaming agreement which identifies the scope of work which you will perform. Insure it has sufficient detail in terms of labor categories, % of the program (both hours and dollars) a discrete description of your effort, and any additional assurances you need to feel comfortable with the deal.

Keep on mind that a teaming agreement is an agreement to agree. It is not a contract and rarely enforceable in a court of law. That means you must negotiate your contract upon award and in many cases the prime may pressure you to lower your rates, decrease your share of the program or otherwise depart from the teaming agreement when your subcontract is finalized. Your business acumen will come into play during that transition. For tips please see the following link:

Your role as a prime may be the result of your status a small business, a woman-owned, minority-owned or veteran-owned business under a program set-aside to one of those designations. It is usually best to subcontract no more than a 40% share of the total business to firms with whom you are teaming to avoid the appearance of a front. The statutory requirement is 51% to the prime in these types of programs but you need to convey strength as a prime in terms of resources to be deemed a winner by the government source selection board.

If the program you are bidding is a negotiable procurement it is preferable to negotiate subcontracts with team members before you negotiate your final contract with the government. Going into negotiations with the government having definitized your subcontracts reduces your risk in terms of unknowns contractually at the supplier level. It also eliminates the subcontractor wanting to know the result of your prime contract negotiations so that he can use it as a frame of reference for his negotiation position with you. The baseline when you go to the table with your subcontractor is your teaming agreement specifying his statement of work and your collective proposal to the government containing the prospective cost and price for his effort as part of the total proposal.

There are many subsidiary forms of the above basic teaming approaches. You can join multi-company teams under a major prime on IDIQ umbrella contracts of long duration. You can bid a team effort using your GSA Schedule.

Although the Federal Mentor-Protégé Program is a fine vehicle, keep other options open at the same time you pursue a long term teaming partner in that venue.

Joint ventures are difficult for small and start-up companies. They are made up of resources from both companies, yet a JV exists as separate legal entity and is complex to administer. A joint venture agreement is a special form of teaming agreement subject to approval by the government agency with whom the JV is contracting. JV's are usually managed by a JV Board and include administrative costs and billing nuances associated with a "3rd Entity" that many firms find difficult to manage.

If you are in a prime contractor role you have an additional management challenge in being accountable for the performance of your subcontractors and flowing down the terms, conditions and performance requirements under which you are being contracted by the government. Your customer expects effective subcontractor management.
Proposal preparation imposes a substantial burden on the prime contractor because the prime must integrate, assemble, package and deliver the final submission after receipt of data from the subcontractor(s).

Keep in mind that you may be exclusively teaming with a company on certain procurements and competing against them on others. Protect your intellectual property, only exchange fully loaded rate information and keep the relationship professional at all times.
Your reputation as a team member in the small business federal government contracting community is important. Be selective and high performing in this area. Agencies, past performance data bases and other companies will be observing you, recording your performance and passing the word along to others directly and indirectly.
Posted by Ken Larson at 1:00 AM