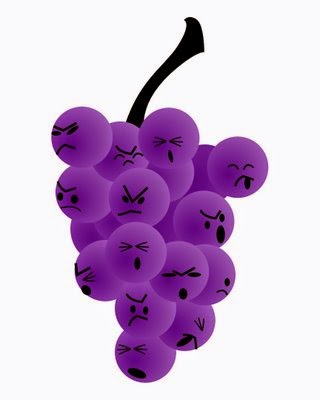 How good are your chances of winning a bid protest?

"Your chance of winning a protest may be better than you think, but that depends on how you define winning.

Last year, the Government Accountability Office decided only 3.43 percent of its protests cases in favor of the protester, but that is only part of the story.

In a large number of protests, the procuring agency took voluntary corrective action granting some form of relief to the protester, thereby preempting GAO from rendering a protest decision. When adding these cases to those GAO decided in favor of the protester, the effectiveness rate for protests soars to 43 percent. In this article, we will take a closer look at what this means for bidders and what they might expect from protests.

In GAO’s 2013 annual report to Congress on bid protests,  GAO reported that it sustained bidder protests for 87 protest cases out of 2,538 cases it closed that year. This is a protest win rate of 3.43 percent for all protest cases closed. Of the 2,538 cases closed, 259 cases, or about 10 percent, were attributable to GAO’s bid protest jurisdiction over task orders or delivery orders placed under indefinite-delivery/indefinite-quantity (IDIQ) contracts.

The most prevalent reasons for sustaining protests in 2013 were:

In over 1,000 bid protest cases last year, the procuring agencies voluntarily took corrective actions granting some form of relief to the protester rather than defend the protest on the merits of the case. Corrective action can occur at any time during a protest.

An agency’s corrective action may involve a re-evaluation of proposals, a new award decision, an amendment to a solicitation, or other actions. Typically, GAO dismisses a protest if an agency takes corrective action that resolves protest arguments or provides the relief sought by the protester.

If you filed a protest in 2013, you had a 39.5 percent chance that the procuring agency would take voluntary corrective action that would result in some form of relief for the protester. When the number of cases where the agency voluntarily took corrective action is added to the number of cases decided in favor of the protester, the effectiveness rate for protesters rises to 43 percent.

The protest effectiveness rate (protests sustained plus voluntary corrective actions divided by total of all protest cases closed) has been pretty constant over the past five years, ranging from a low of 42 percent to a high of 45 percent.

This decline is presumably due to reduced government spending and reduced number of procurement actions in 2013.

Not all protests go the distance. Only about 20 percent of GAO protests are actually decided on the merit of the protest, so there is a 4 out of 5 chance that the protest will be dismissed by GAO because the protest had a technical or procedural flaw (such as lack of timeliness or jurisdiction), the agency took corrective action that addressed the protest, or the protester withdrew the protest because it decided it could not win.

If you are planning to protest, probably the best outcome would be for the agency to voluntarily take corrective action quickly so GAO could dismiss the protest early in the process, saving you some legal expenses. Your chance of this happening is around 40 percent.

If the protest goes the distance, your chance of winning drops to less than 20 percent.
So if the agency doesn’t voluntarily take corrective action, you might want to consider pulling the plug on your protest and saving the little bit of money you have left to bid other jobs where you have a better chance of winning."


Bob Lohfeld is the chief executive officer of the Lohfeld Consulting Group. E-mail is robert.lohfeld@lohfeldconsulting.com