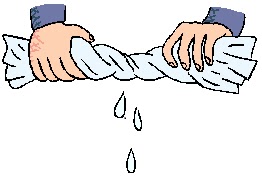 
The March 1st, 2012 posting at this site discussed “Sequestration”,  a forthcoming action involving automatic cuts under the law to civilian and defense department discretionary spending. It is an automatic result of legislation in connection with the special committee that was assembled to identify more than $1 trillion in budget reductions to federal spending.
The committee ended its proceedings without achieving the specified objectives on November 21, 2011. That event, under the legislation on the books, puts sequestration on auto pilot unless modified by further legislation.  Many believe in an election year further legislation will not occur or will have only a minor impact on the slated budget reductions.


Companies have been cutting back, anticipating leaner times in February 2013 when sequestration formally begins. They are heavily pursuing commercial sector potential.  For the federal sector, a focus in strategic planning is advisable to prepare for the sequestration event and beyond.


The purpose of this article is to suggest long range planning tips for small business to best position an enterprise in the federal sector under waning federal budget conditions.


TIP # 1 UNDERSTAND THE GOVERNMENT FISCAL YEAR
The US Government fiscal year runs from 1 October  to 30 September each year.

About mid-summer every agency begins to get concerned about whether or not they have spent all their money, worried about having to return some and be cut back the next year. They must also submit their budget projections for the new fiscal year.


Agencies often flood the market with sources sought notifications and open solicitations to get remaining funds committed. Then during the last fiscal month (September) proposals are backlogged with the government.   With the new fiscal year in October, after the usual Congressional approval delays, the log jam breaks and the playing field becomes apparent for the next year.  If you are a small business you need to be aware of these cyclic events and use them to your advantage.


TIP # 2 STUDY AGENCY FORECASTS AND FUNDING LEVELS
A recent article in Washington Technology entitled, "Should Contractors Fear Sequestration?" cites potential trends which we suggest small businesses research and to which they should remain sensitive in the coming months:
http://washingtontechnology.com/articles/2012/01/18/sequestration-effects-contracts.aspx?s=wtdaily_200112


Below is a summation:


Study your current client funding activities.  The government will likely try to avoid terminating contracts. Instead, officials will reduce the amount of money obligated under their contracts. It is expected they will become less willing to extend contracts into their option years and obligate money for one fiscal year at a time on task order and services contracts.
Expect the government to possibly use the prospect of funding cuts to renegotiate contracts.


Officials will more often decide to not award new contracts. Procurements that can be put off will be put off.


With available money, agency officials will maximize contracts that meet their agency’s core duties; expect agencies to look for more flexibility to avoid hard-and-fast commitments, such as fixed-price contracts and minimum revenue guarantees.


IDIQs and the General Services Administration’s Multiple Award Schedules program may become more attractive to agencies. They allow for more negotiations at the task order level.


Advocate for the importance of a program and stay in close contact with a contracting officer. Realize though that the officer may not know the fate of a program until very late in the process. You need to get to the real decision makers inside the agency early and often and yet be polite to the gate keepers.


Businesses should also emphasize what they can do for the agency; including the options the company is willing to agree to that may even decrease its revenue.
Check the Past Performance Information Retrieval System (PPIRS) and the Federal Awardee Performance and Integrity Information System (FAPIIS). The information needs to be correct, and it should reflect as favorably as possible on your company’s performance.

TIP # 3 STAY TUNED TO STRATEGY FROM THE EXPERTS

We posted the following question recently under “Government Contracts” on the business professional social networking site, "Linked In":


"What Steps are Government Contractors Taking to Prepare for Sequestration of Federal Funds on January 2nd, 2013?"


There were significant astute remarks by those experienced in the industry such as Mark Amtower, Olivia Bradford and others.  Here are extracts of Mark's and Olivia's responses:


“ We should not fear sequestration. We could dislike it, and dislike the reasons that may cause it to occur, but certainly not fear it. Prepare for it as best you can. If you have solid contacts inside the agencies, especially those where you currently have programs in place, understand where those programs fit as far as cuts go and rank them according to the likelihood of being impacted by sequestration. A percentile ranking would be best. Most mid-size and larger companies are already looking to diversify their client base to commercial, state & local, education or health if they can. But smaller companies have fewer resources to go after all those markets. Initially, the best thing to do is to rank the programs you have according to where they would fall if sequestration comes. Then solidify your relationships with your customer base in each agency where you have programs. If the majority of your work is sub-contracting and the program is likely to face cuts, your will will likely suffer. Have an alternate method for that customer to access you, like a GSA Schedule. Don't fear sequestration, prepare for it as you would a hurricane. You can't stop it, but perhaps you can limit the damage.”


“Definitely contractors should worry and prepare for the worst, but in this situation there is a little hope for GSA schedule holders, if only the Government could make more use of this type of contract and distribute orders more equally among holders, it will keep more small businesses alive, and maybe the Giants like Lockheed Martin, it is time for them to come down to earth and suffer the consequences of the cuts, they are getting to big, and powerful. Sequestration can be an opportunity to level the field, if the government really has an interest in helping the small business sector, small businesses have more flexibility to make cuts, reduce overhead, innovate and move with the flow.”


TIP # 4  ASSESS THE STRATEGIC ACTIVITIES OF YOUR PRIME CONTRACTORS


If subcontracting is a major element of your business base, keep your ear to the ground with your prime contractors for a sense of where they plan to diversify, expand into new market areas or cut back. Examine your strategic plans, positioning yourself to partner with them if their plans have potential for you.


Examine your core competencies. Skill sets such as IT, logistics, GIS, facilities support and similar services will remain in demand but will be spread across the agencies in accordance with the judgements the new congress makes for devoting focus in the next annual budget cycles.  Health care, education, the FAA the CDC and DOT will remain at the fore, while agencies such as the Pentagon and USAID may experience significant cuts. It will pay to broaden your marketing scope and expand your base to government organizations for whom you could potentially supply services.


We suggest being cautious on moving to state and local business.  That venue takes investment and time getting to know the turf and the returns are smaller. There are also many local connections and politics to consider, wired sources, statutes and policies that vary with the locale, as well as professional competence considerations among those who buy at these levels.  The rule book is not standard at the state and local level, unlike the Federal Acquisition Regulation governing buying activities of the 126 federal agencies.  A considerable marketing investment at state and local levels may not yield the return you may have received had you invested the same effort at the federal level.


Maximize your competitive pricing.  We suggest you careful examine the tips offered at the below article and conduct tough competitive market analysis:


Federal government contracting will continue for the small business. The impending belt tightening, mandatory from time to time, is a good opportunity to test your strength, broaden your perspective, maximize on your industry partners and position your firm as lean as possible for future success.